A rainbow of hope!

Procida was chosen as the Capital of Italian Culture among 10 finalists out of 28 who originally applied. Also competing were Ancona, Bari, Cerveteri, L’Aquila, Pieve di Soligo, Taranto, Trapani, Verbania and Volterra. 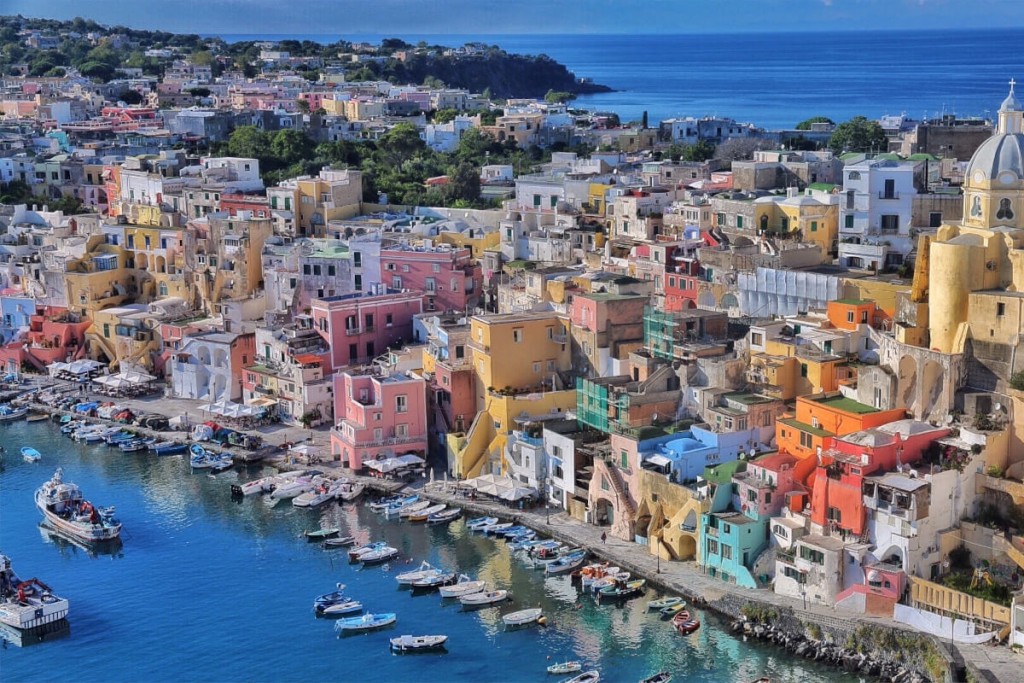 The Capital of Italian Culture was established in 2014 and among its objectives is to encourage and enhance the autonomous planning and implementation capacity of cities, so that both cultural and social value, integration, creativity, innovation, growth and economic development.
The title of Capital of Italian Culture is awarded for a period of one year, except for this 2021 due to pandemic.

Procida the smaller and less known than the “sisters” Capri and Ischia, but certainly an island that deserves to be explored, respecting its particularity and its small size, for responsible tourism.

The first time I visited Procida, it was on the occasion of a “Ischia and Procida” fam-trip that I had organized to make discover these Hidden gems of the Gulf of Naples.

I have always thought if Capri is the blue island, Ischia is the green island .. Procida can only be the rainbow island thanks to the pastel colors buildings .

To explore the small island (with an area of ​​about 4km2) we used the most typical transportation, the Ape Taxi. We were warmly welcomed by the locals who accompanied us and hosted us in their bars and restaurants during our day on the island.

Procida is truly poetry narrated in Massimo Troisi’s film “Il Postino” (The Postman) The set of the film is not the main port of the island but a more hidden harbor in the village of Corricella, far from the chaos and immersed in the true atmosphere of the island.

The recognition of Procida as the Capital of Italian Culture 2022 is a tribute to a reality we Italians are proud of, our beautiful Mediterranean islands, full of charm and stories to tell.